There are strange looking creatures on show too, including the products of Victorian taxidermy that were exhibited in this era.
They include a six-legged piglet, a kitten with five legs, a three-eyed puppy with two mouths, an eight-legged lamb with one head and four ears and a two headed calf. There's a 10 foot long man-eating crocodile and various other beasts of the jungle too.

Littledean Jail is a haven for those of you who like to know what's gone on in the world of show business and celebrity circles - especially local celebrities and 'Tinsel Town'.

As you wander through you'll find wall to wall galleries of authentic and vintage signed photographs and ephemera from some of the world's most notorious villains and criminals, and iconic celebrity figures slated and brought to heal by the tabloid newspapers.

From Marilyn Monroe to Marilyn Manson, Boy George to Britney Spears and from Abi Titmus to John Leslie, there's a vast array of the sex, sleaze and scandal that these and many more celebrities are not wanting to have on show at Littledean Jail. 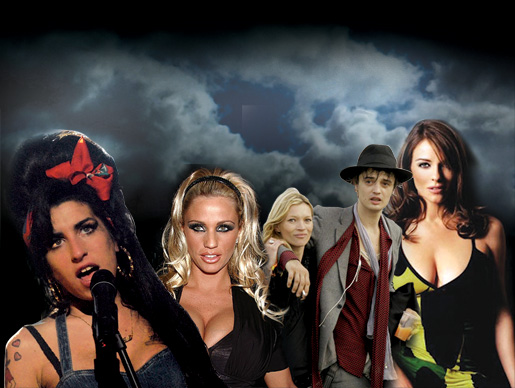 Sergeant Andy McNab DCM MM (born 28 December 1959) is the pseudonym of an English novelist and former SAS operative and soldier.

McNab came into public prominence in 1993, when he published his account of the Special Air Service (SAS) patrol, Bravo Two Zero, for which he had been awarded the Distinguished Conduct Medal in 1991. He had previously received the Military Medal in 1980, awarded for an action whilst serving with the Royal Green Jackets in Northern Ireland during 1979

In addition to Bravo Two Zero he has written two other autobiographies and a number of fiction books.

Andy McNab, Chris Ryan and Bravo Two Zero feature here at The Crime Through Time Collection at Littledean Jail within our SAS Who Dares Wins Counter Revolutionary Warfare (CRW) exhibition, so if you are in the area please do drop by and pay a visit .

.Corporal ‘Chris “Geordie” Ryan’, (Pseudonym), MM former 23(R) SAS. The only member of the patrol to escape capture. Author of The One That Got Away (1995)

Trooper ‘Mike “Kiwi”Coburn’ (pseudonym) former NZSAS Captured by the enemy, later released. Author of Soldier Five (2004). Referred to as ‘Mark the Kiwi’ in the books.

BELOW IS A BRIEF GALLERY OF SOME OF THE PERSONAL CONTRIBUTION ITEMS FROM ANDY McNAB , CHRIS RYAN AND OTHER SAS MEMBERS NOW ON DISPLAY HERE AT THE SAS EXHIBITION WHICH ARE FEATURED IN AND AMONGST VARIOUS OTHER BRAVO TWO ZERO RELATED EXHIBIT ITEMS .

BELOW IS A HAND SIGNED PICTURE OF SAS HERO CHRIS RYAN

MORE INFORMATION ABOUT THE 'A TASTE OF NORTHERN SOUL EXHIBITION', AT LITTLEDEAN JAIL WILL BE ARRIVING SOON...

However in the meantime please do visit our business Facebook page crimethroughtime@littledeanjail for more information, photo's and various posts relating to what is on display alongside the Quadrophenia Collection here at Littledean Jail.