History of the Jail 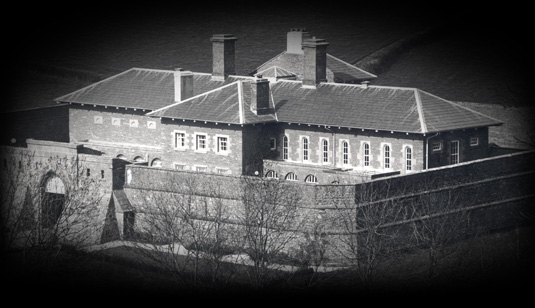 Littledean Jail - Home to the infamous Crime Through Time collection

Standing at the gateway to the Royal Forest of Dean, this former House of Correction – Littledean Jail was designed and built by the Pioneer of Prison Reform – Sir George Onesiphorous Paul and leading Prison Architect of his day – William Blackburn. As a result of the sudden death of Blackburn it was completed under the supervision of his new brother-in-law, architect William Hobson in 1791.

This remarkable Grade II* listed building was built as the most up-to-date, revolutionary House of Correction of its time, and was later seen as the Government’s role model for London’s Pentonville Prison and taken across the seas for the world famous Philadelphian Cherry Hill Penitentiary System in America. It was built for the miserly sum of £1,650. The building work was started in 1788 by Gabriel Rogers, who went bankrupt as a result of not being able to complete the work at such low costs. London Builder J. Fentiman was brought in to finish the job.

Behind the austere gatehouse entrance, the prison, with it’s formidable sandstone façade remains much as it was when first built. Steeped in history and infamy, its awesome appearance provides a stark reminder of the hard labour and craftsmanship needed to build this architecturally important jailhouse.

Here are a few photographs of Littldean Jail when it was still used as a house of correction, police station and courthouse...

Believe it or not!!

Freaks of nature, oddities, curiosities, the macabre and more

One of the country’s best preserved, surviving early Victorian prisons.

Britain’s only family to own and reside in a jail.